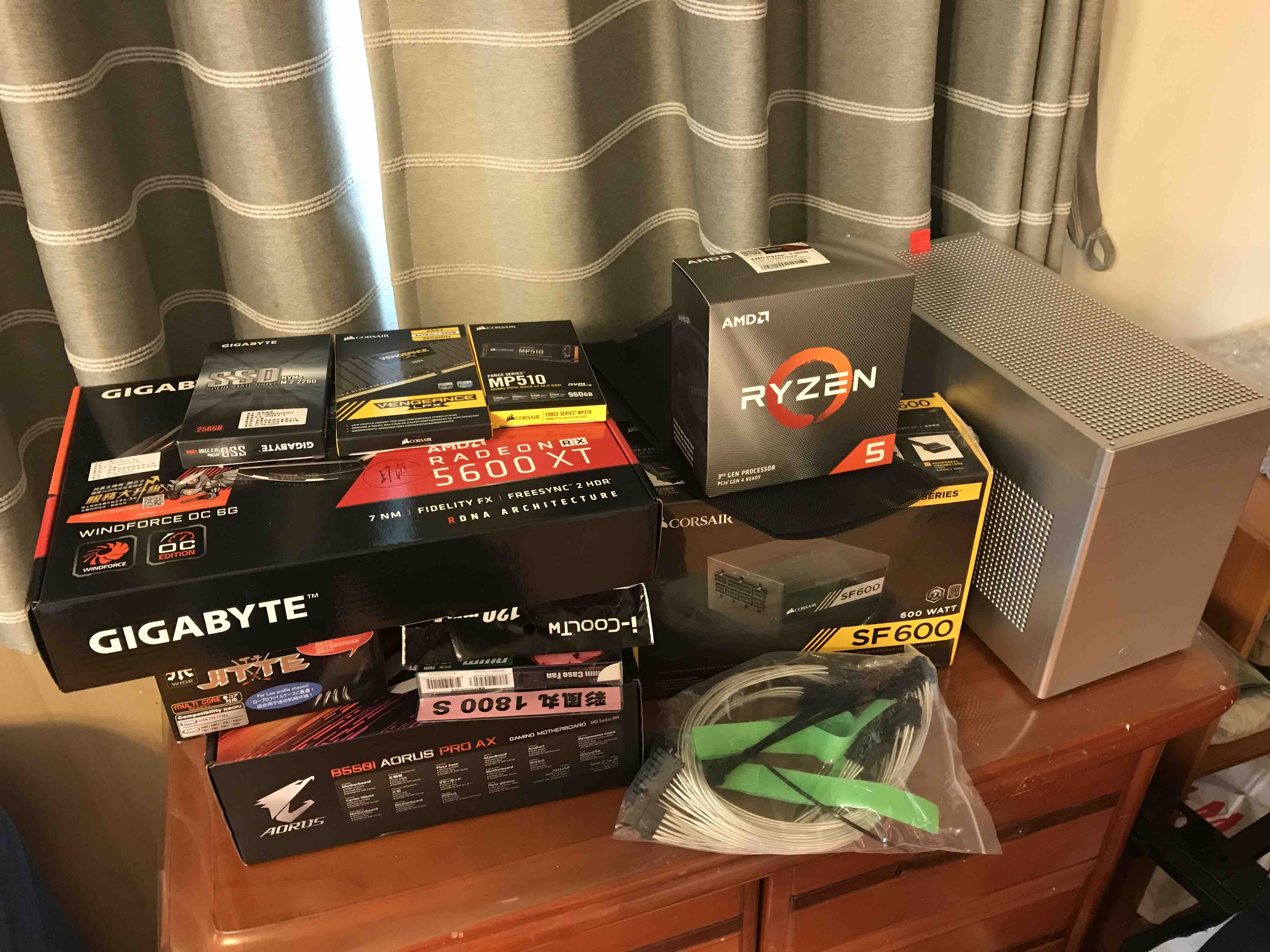 Parts used for this build

Knowing what You Want

The most important part of building a P.C. is knowing what you want to do with it. It took me probably 3 months to make up my mind and figure out what I want:

Learning to Read the Spec

Big shout-out to Pastleo. Invaluable advice about hardware was given over countless daily conversations. He was the one that made me believe that even I, a newbie like me, can make my own build.

Aside from that, a dedicated section in blog 歐飛先生 (ofeyhong) helped me with deciding the spec I want, too.

Details of My Build

Once the spec is set, building a computer should be easy, they say.

A no-brainer for me: 原價屋, a one-stop online PC parts store, has almost everything I need for the build. As for the rest of the more special parts, they can all be ordered from Taobao.

One thing that I did not know, though, was that small form factor cases, such as the Ghost S1, are made in small batches. And it took me about a whole month just to get this case done (pun intended).

After the “case”, it still took me about another month to get the motherboard in hand. At first, the build was on ASUS’s ROG STRIX B450I. By the time the case came, around mid-May, the mobo was taken out on 原價屋’s site. After giving X570 mobos and other options some serious thoughts, I thought out that a B550 board would a better fit for me, in terms of price and feature. So I waited, patiently….

Rather than just putting all things together, cranking up the P.C., and hoping things work, parts must be tested, if possible, individually. The tutorial by JayzTwoCents showed me, a first-time builder, how new parts are supposed to be tested. 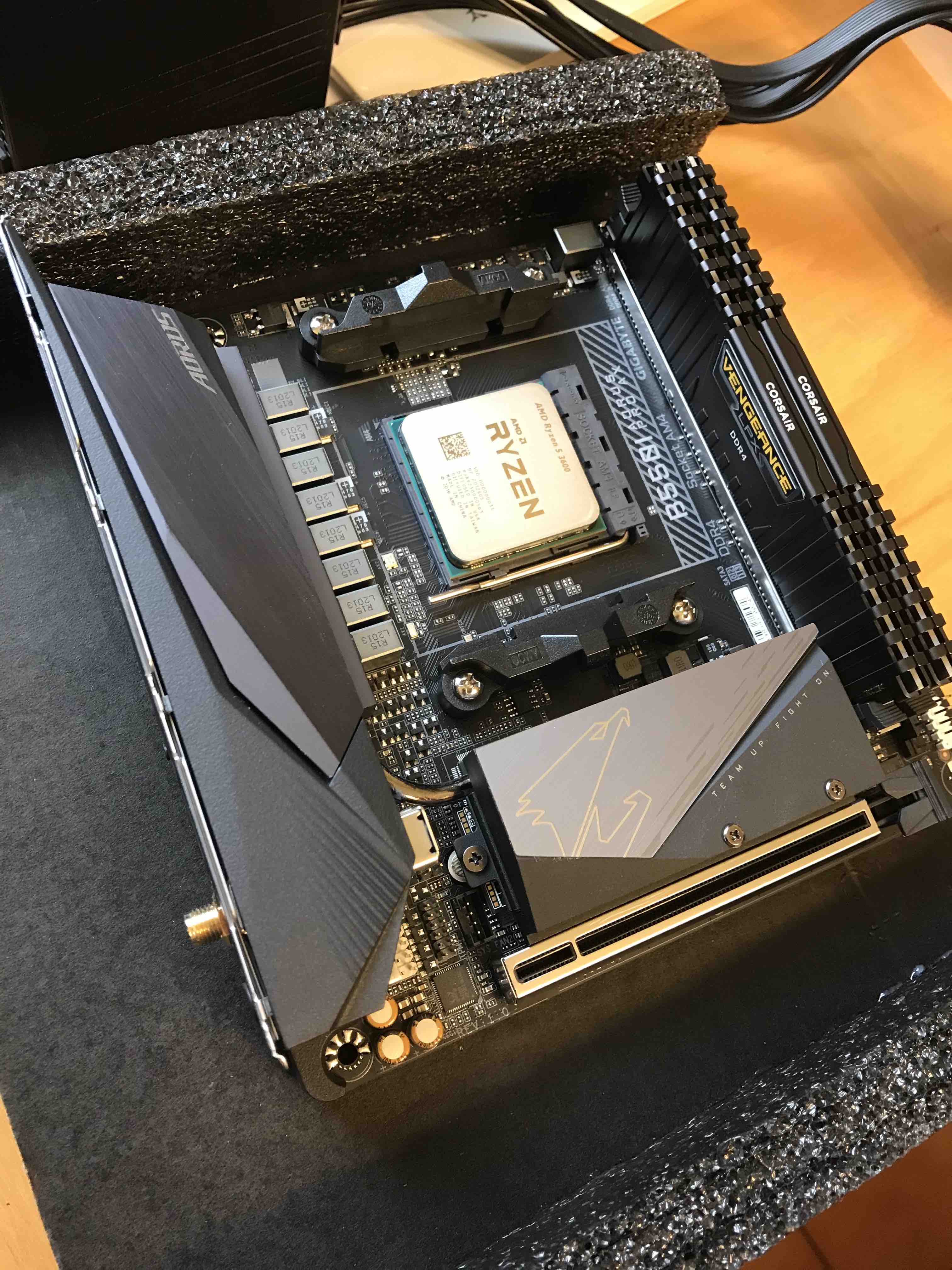 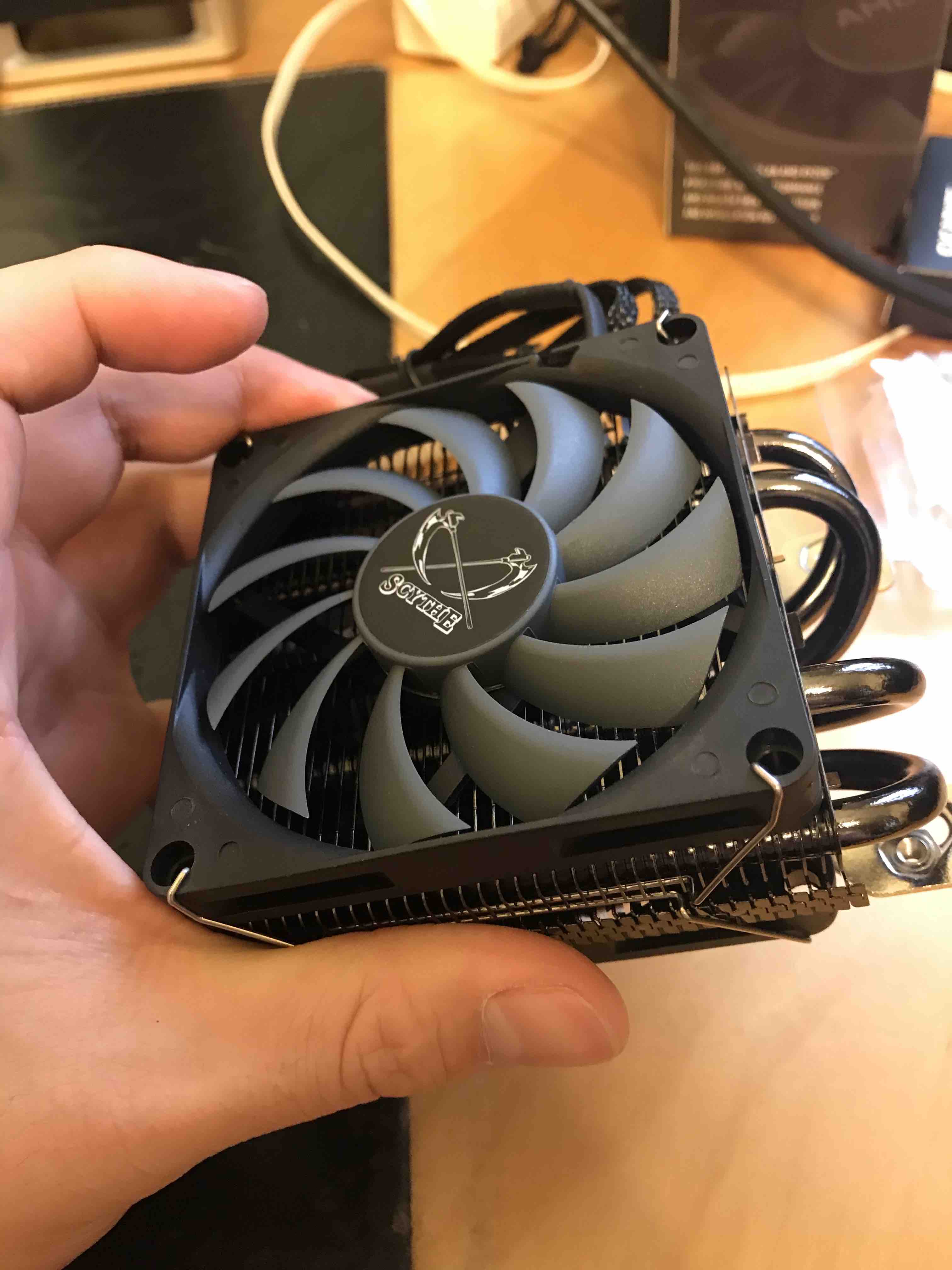 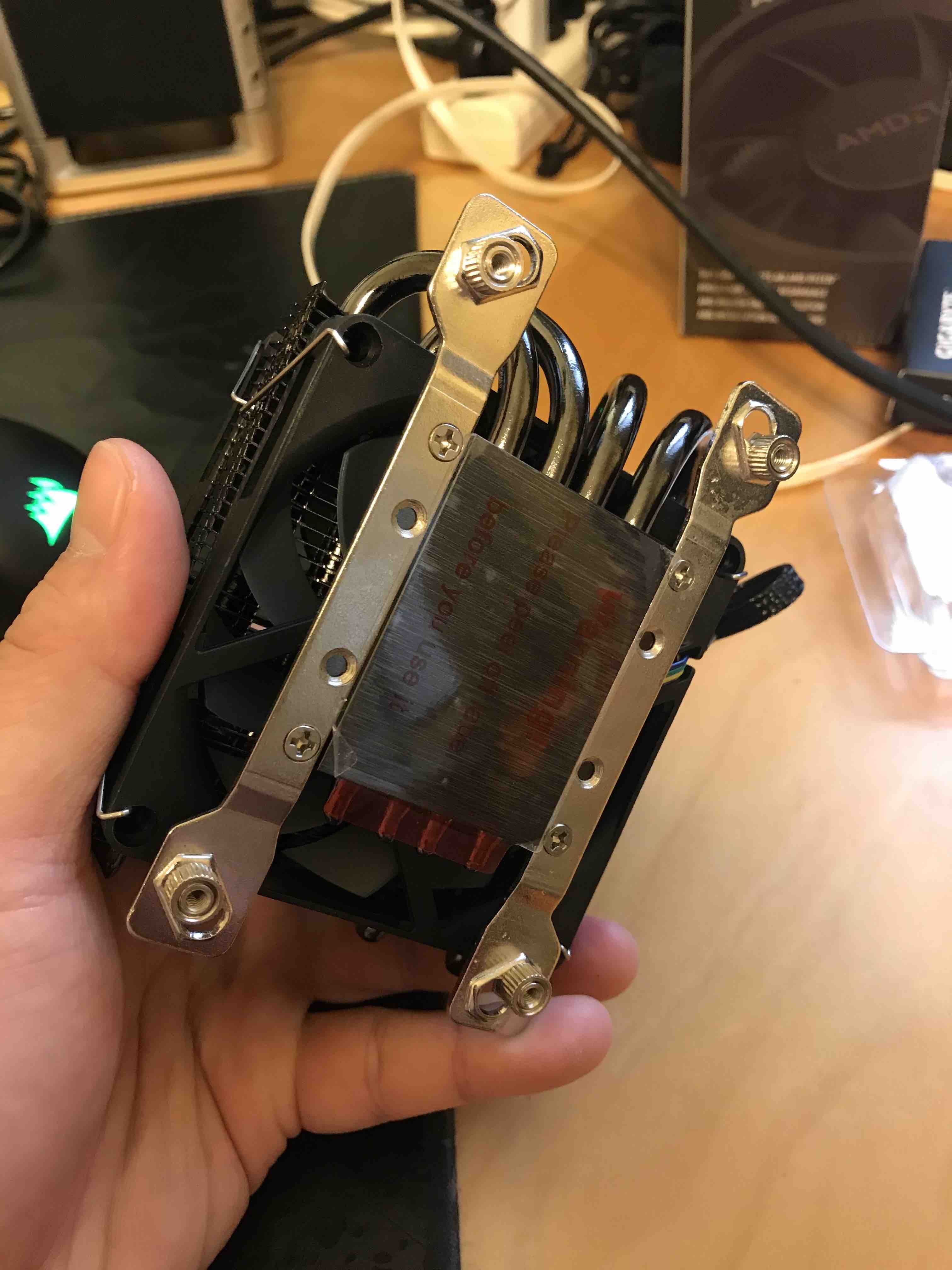 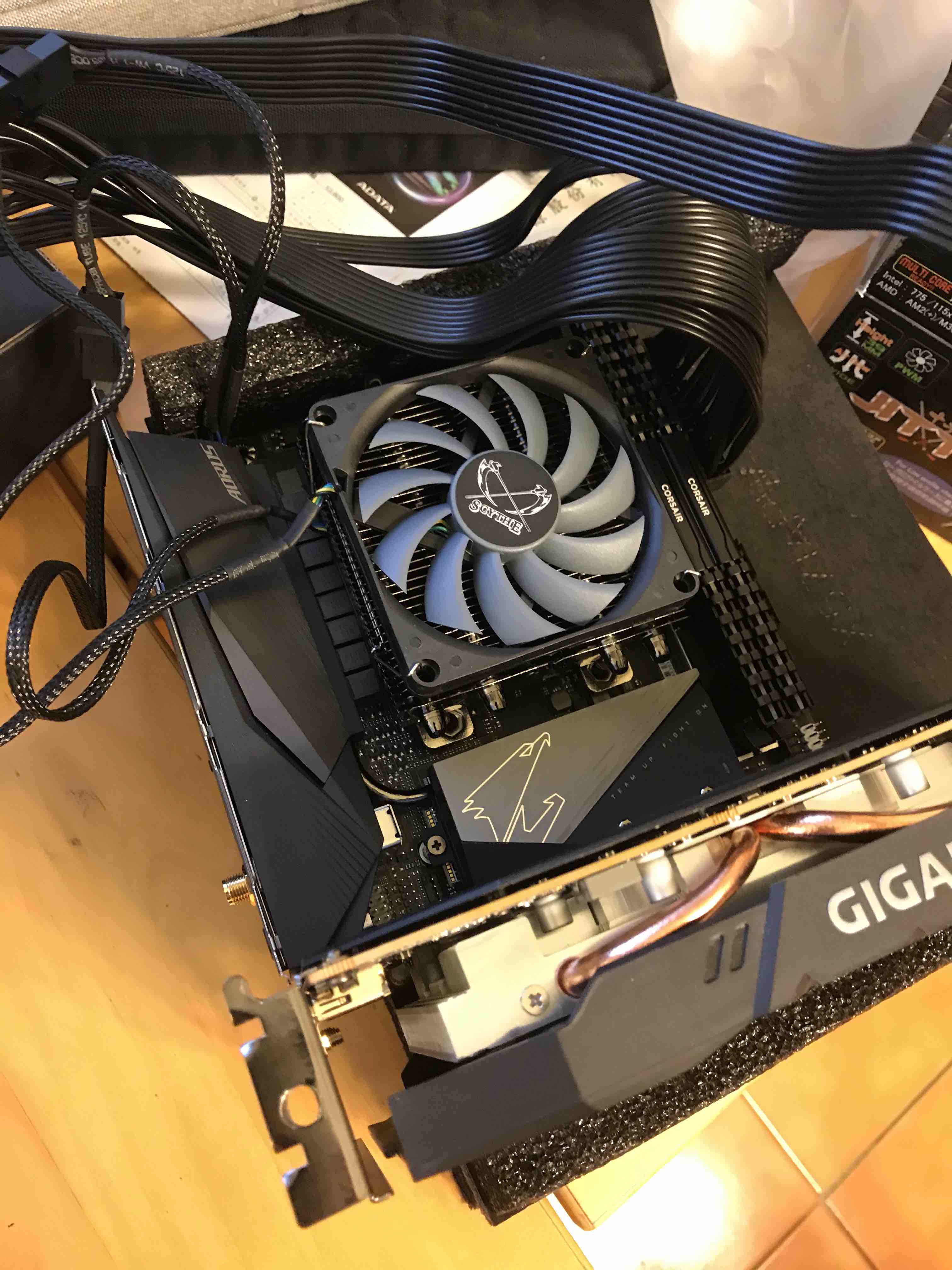 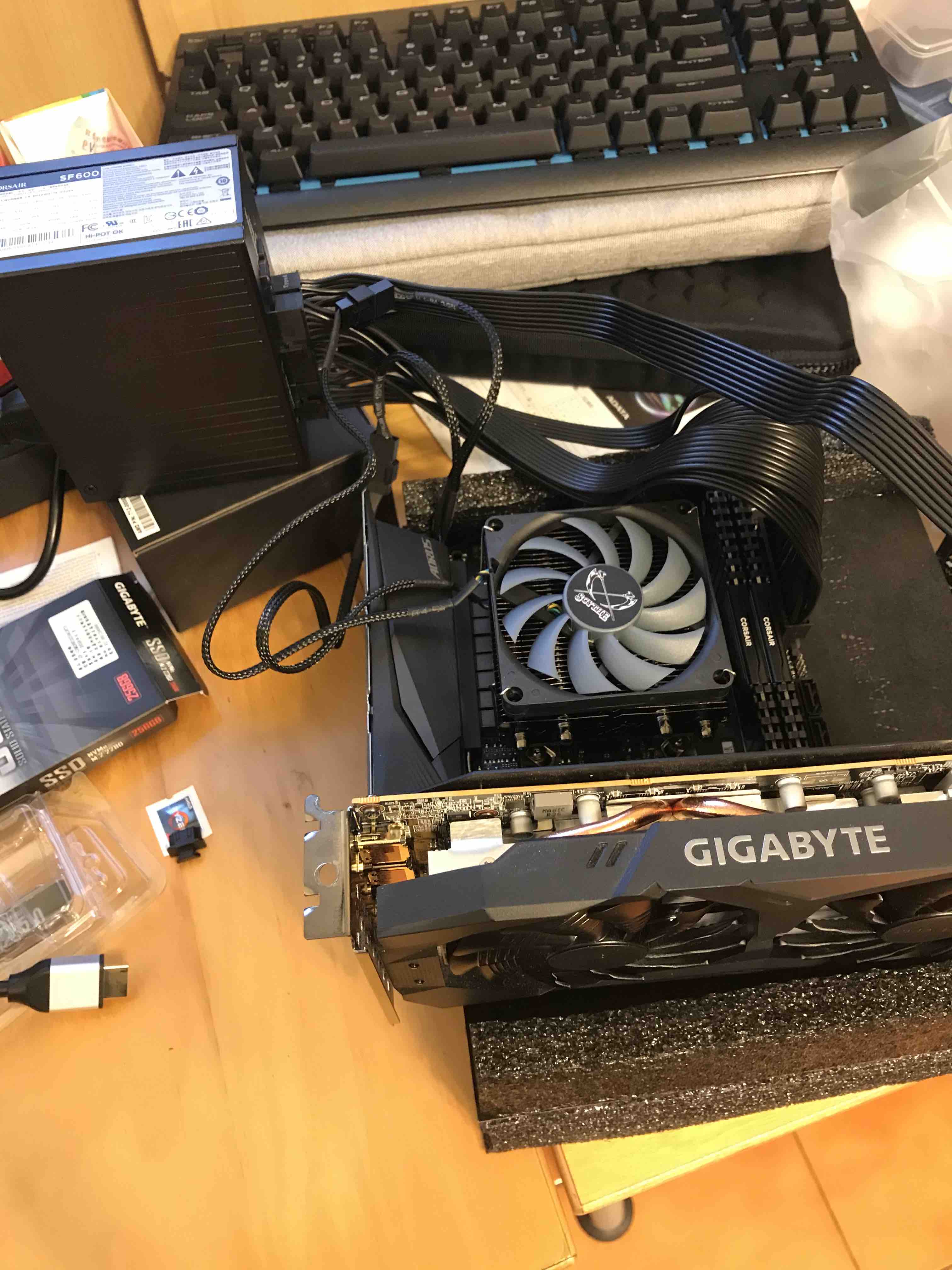 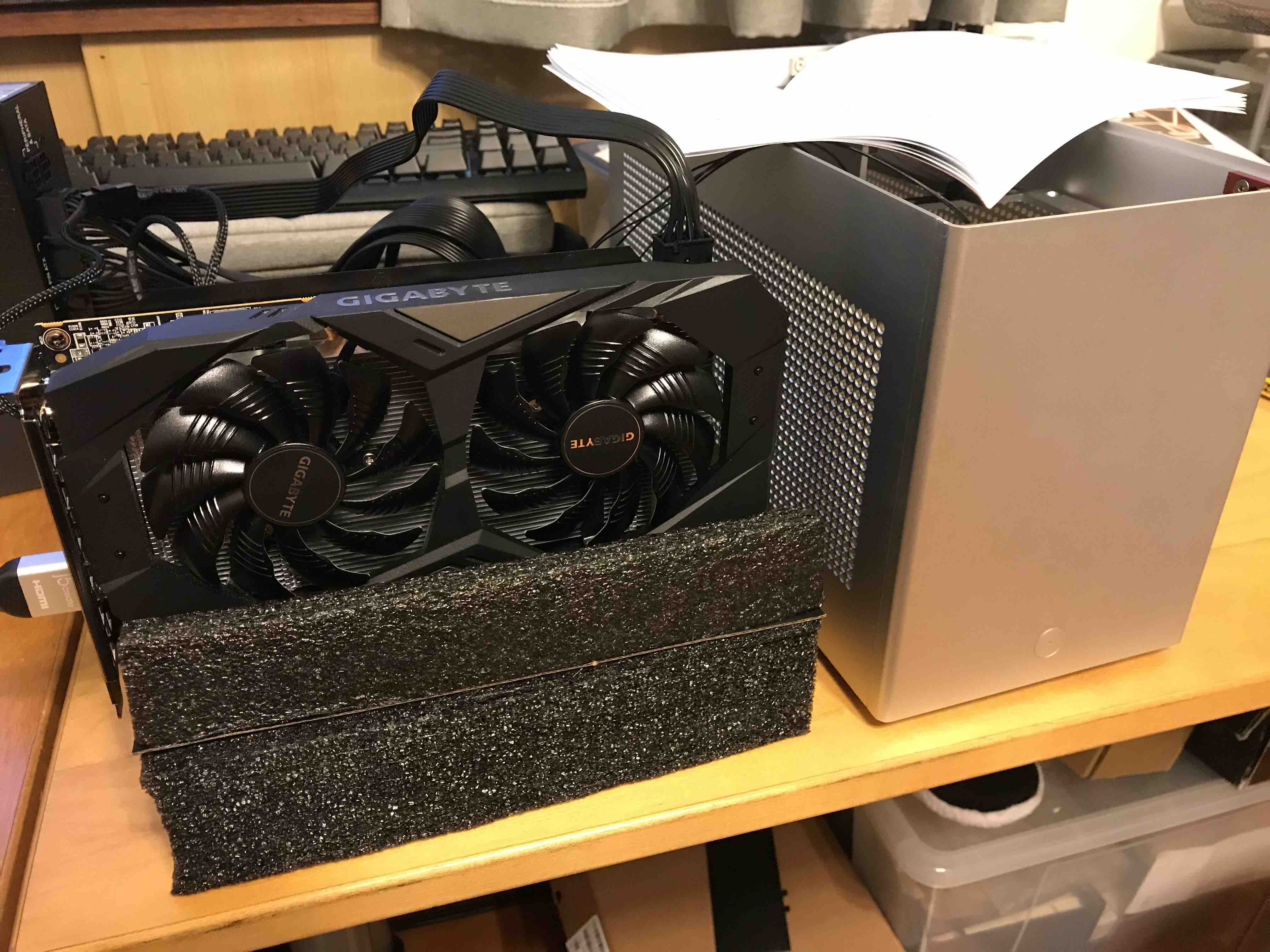 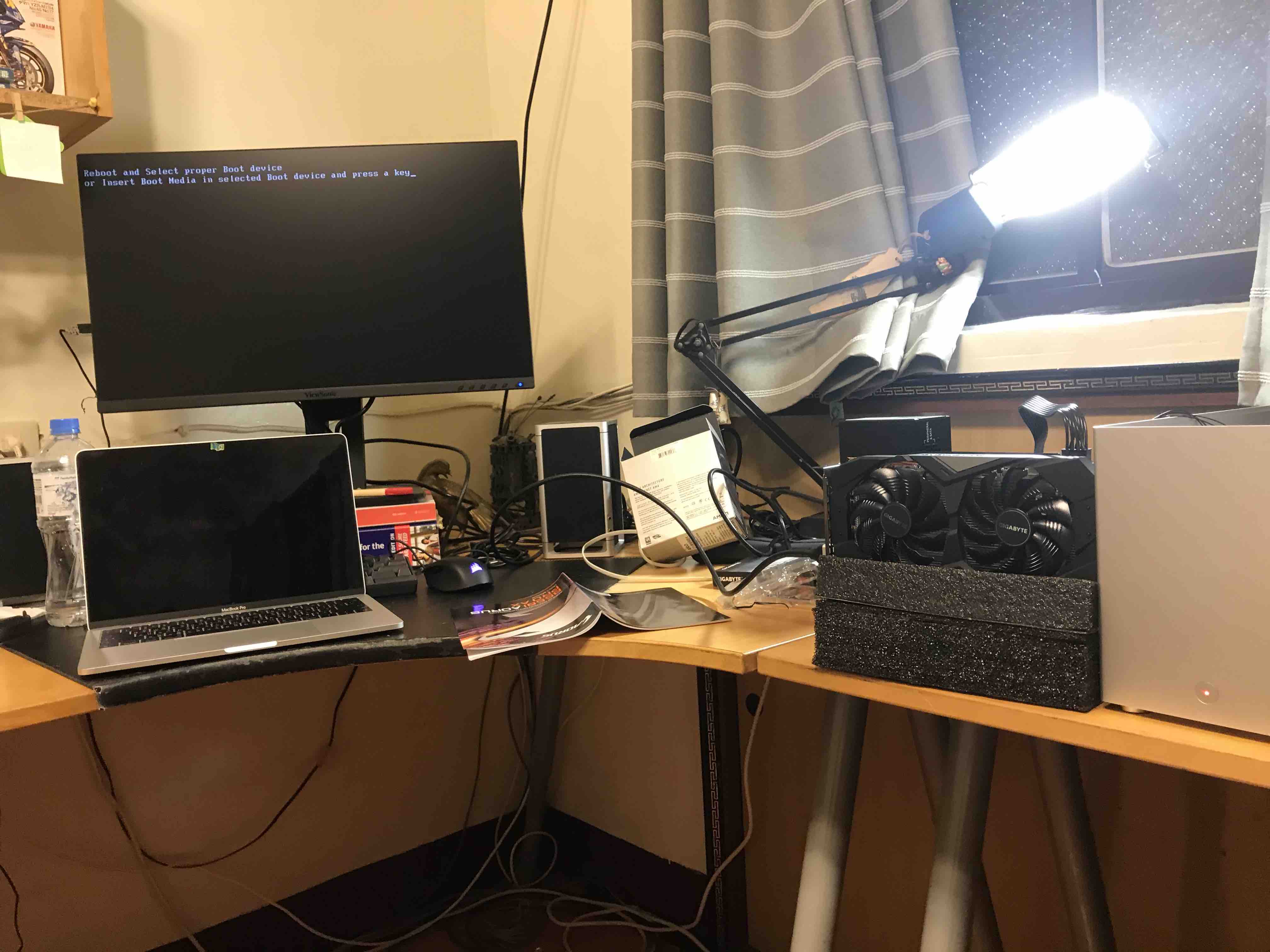 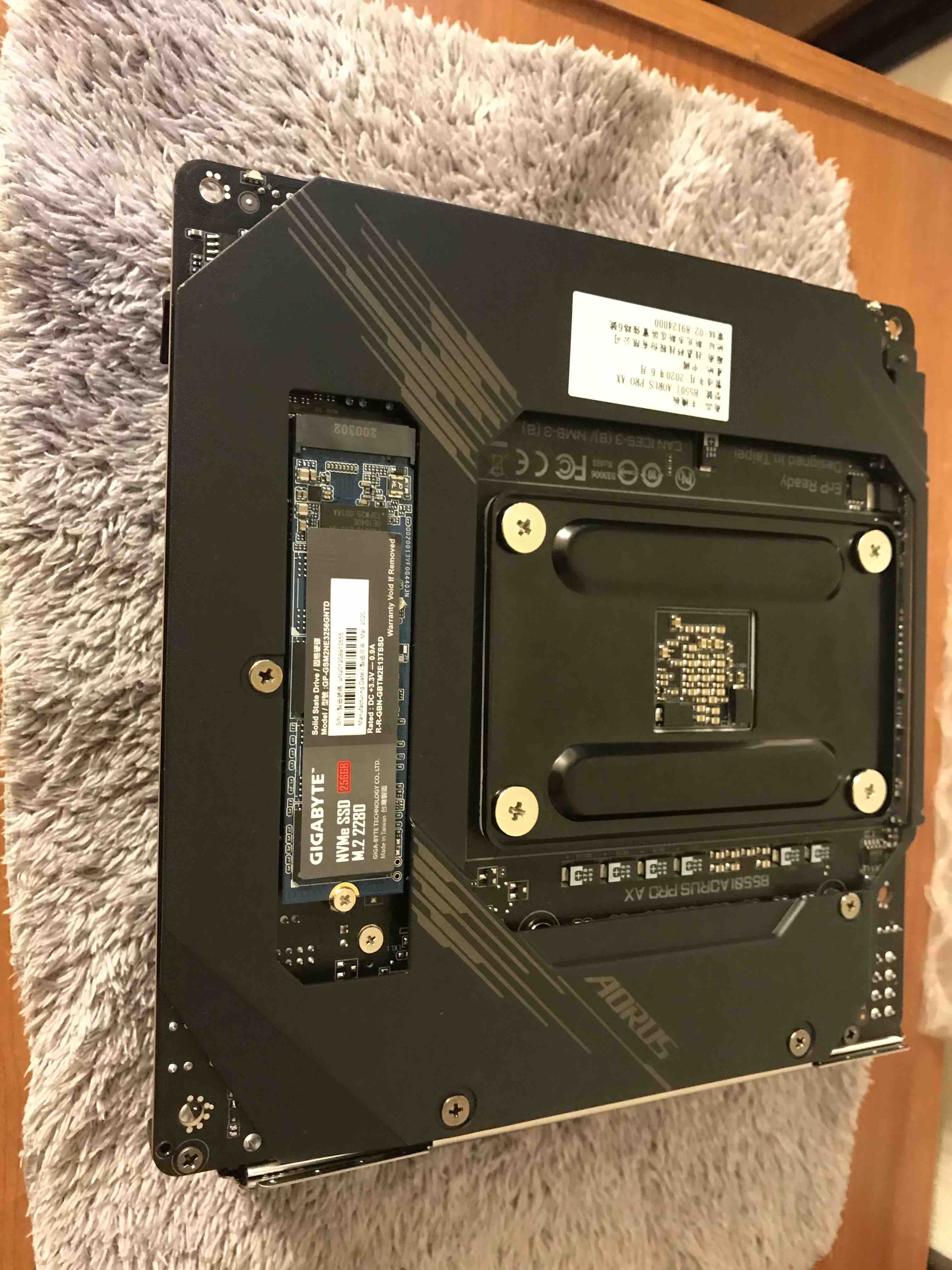 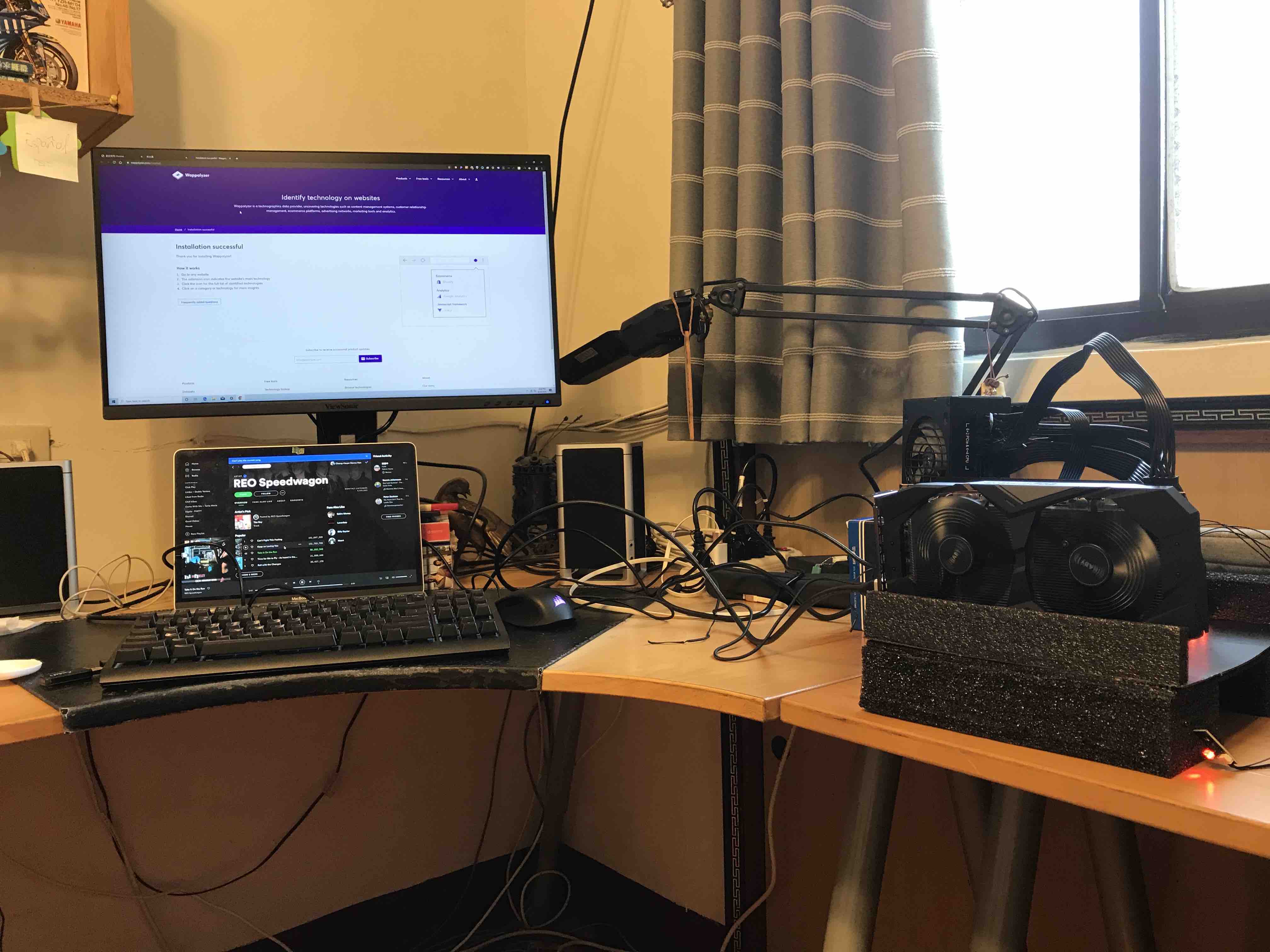 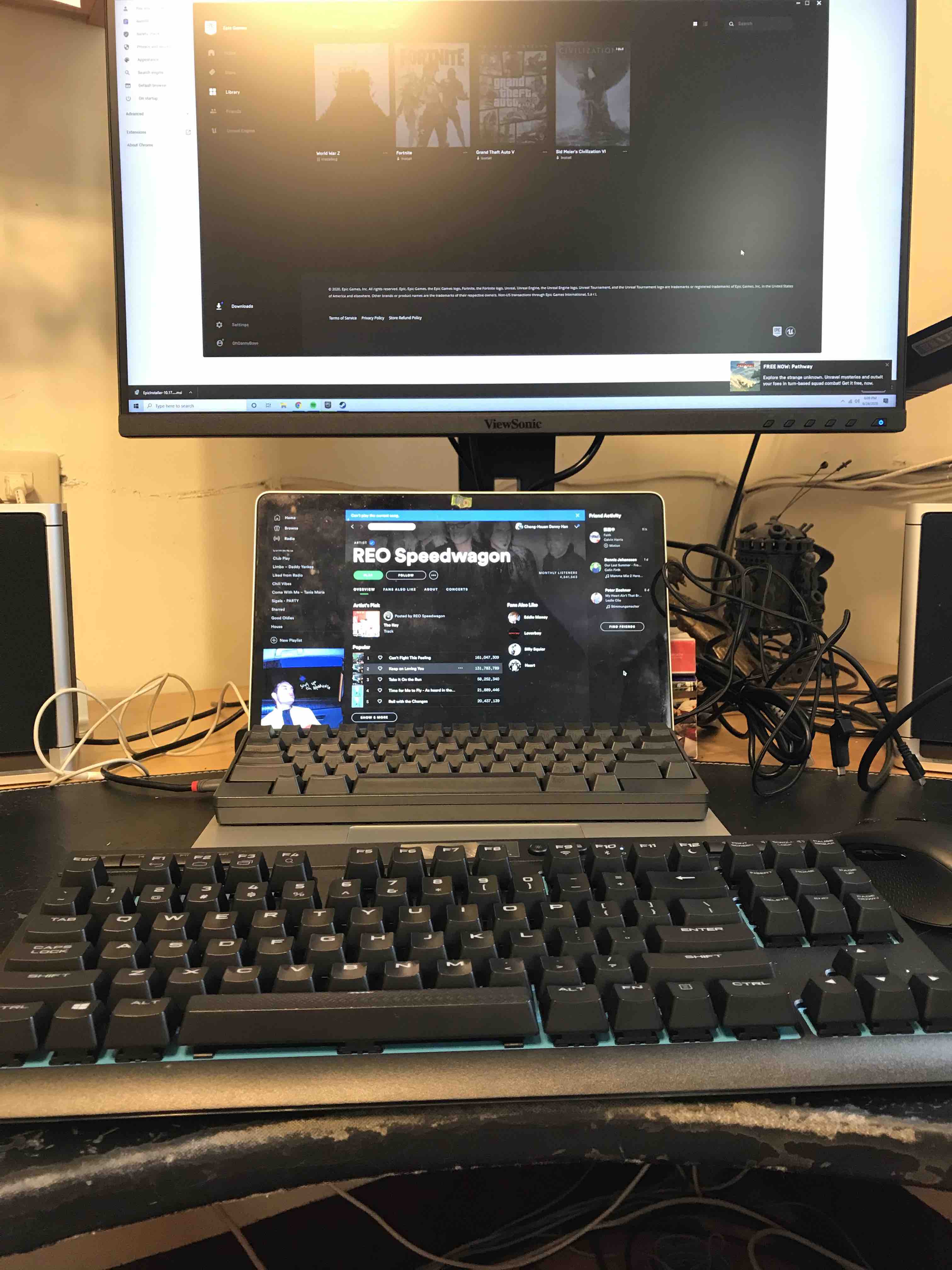 Issues I Ran into

Life is no bed of roses, so is building a computer this small.

Gotta admit that the problems I bumped into while making the build are really a pain, after a long 3 months of waiting. It almost broke me, were not Pastleo and the seller of Ghost S1 on Taobao being super helpful. 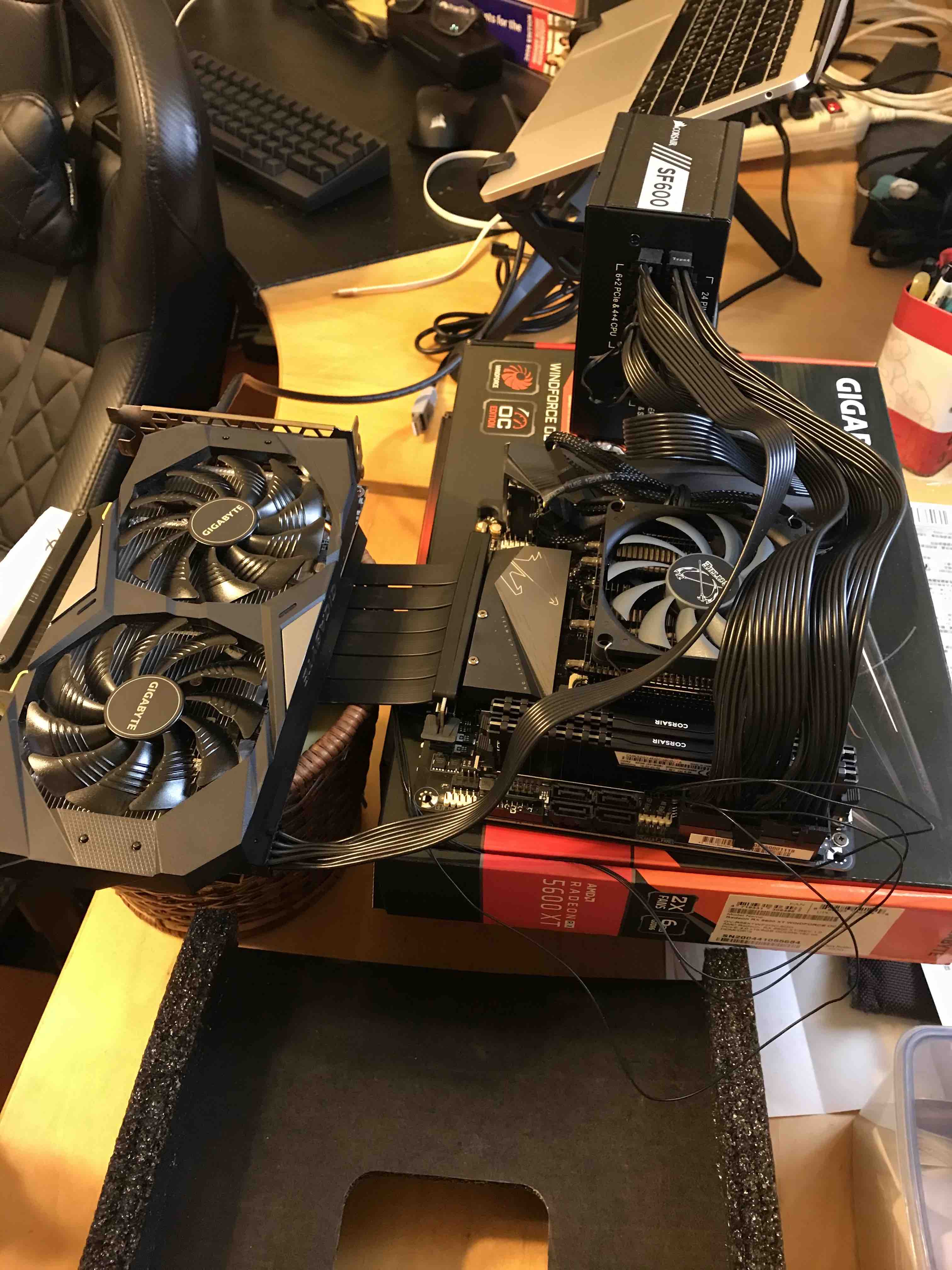 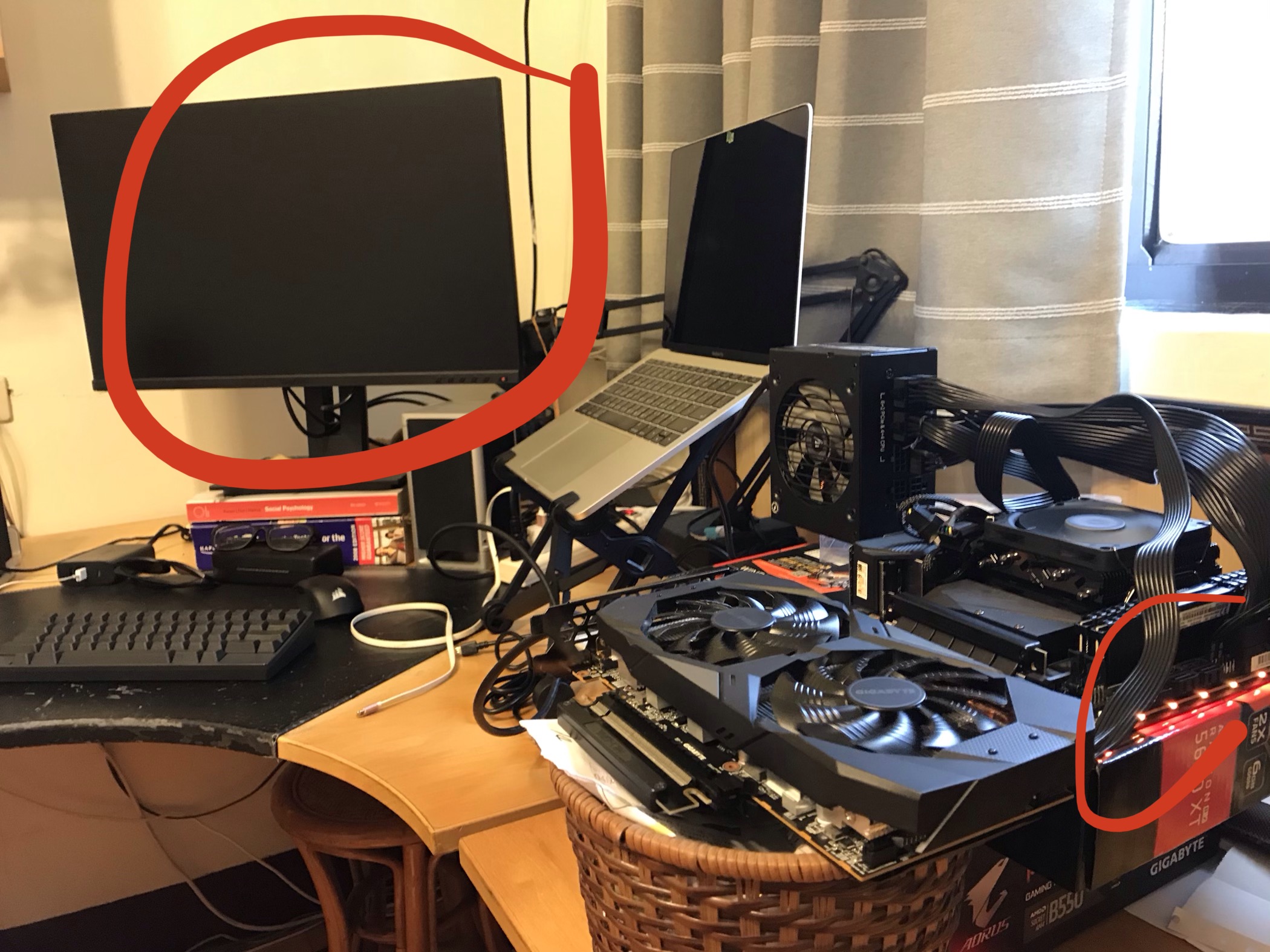 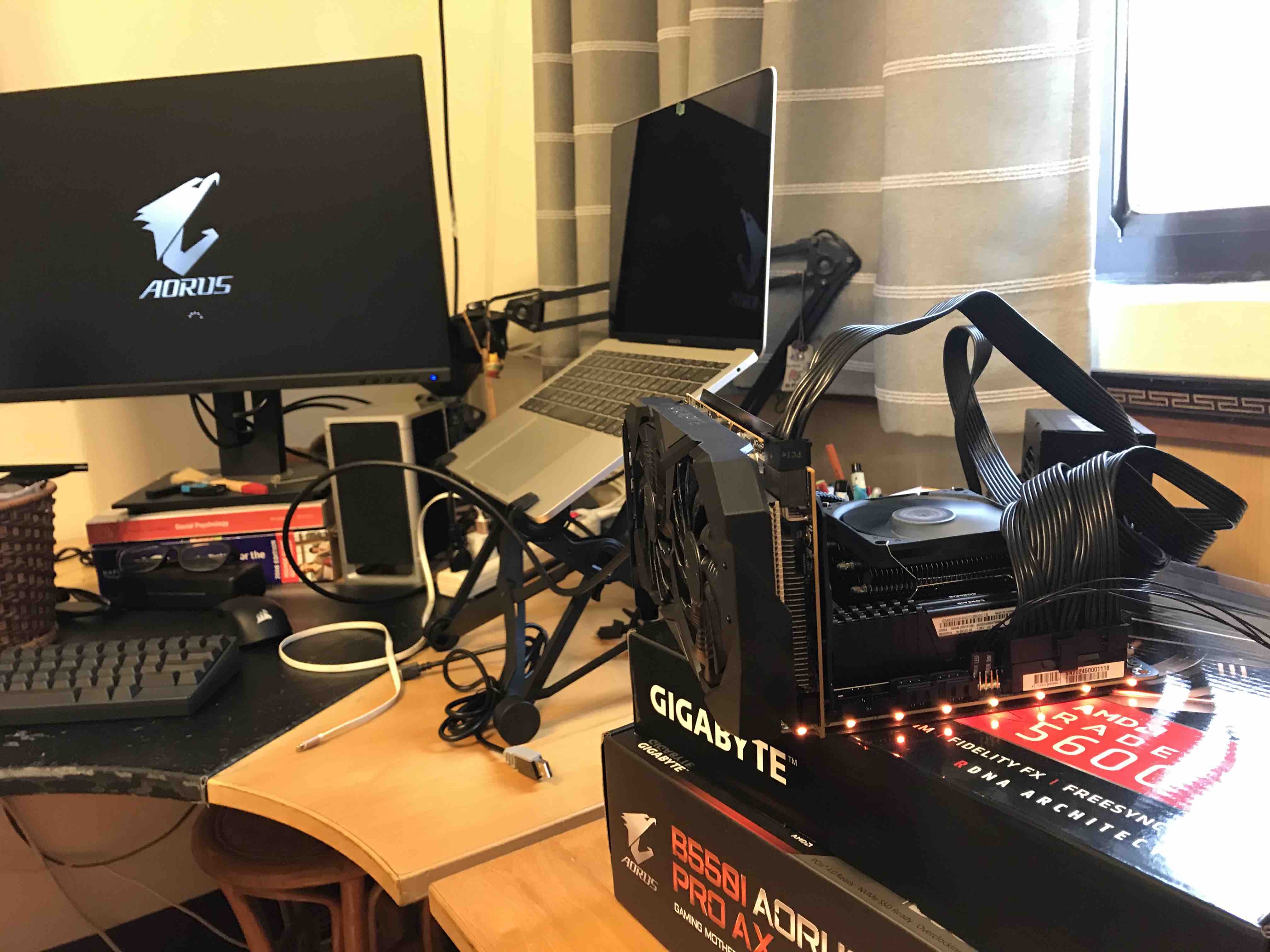 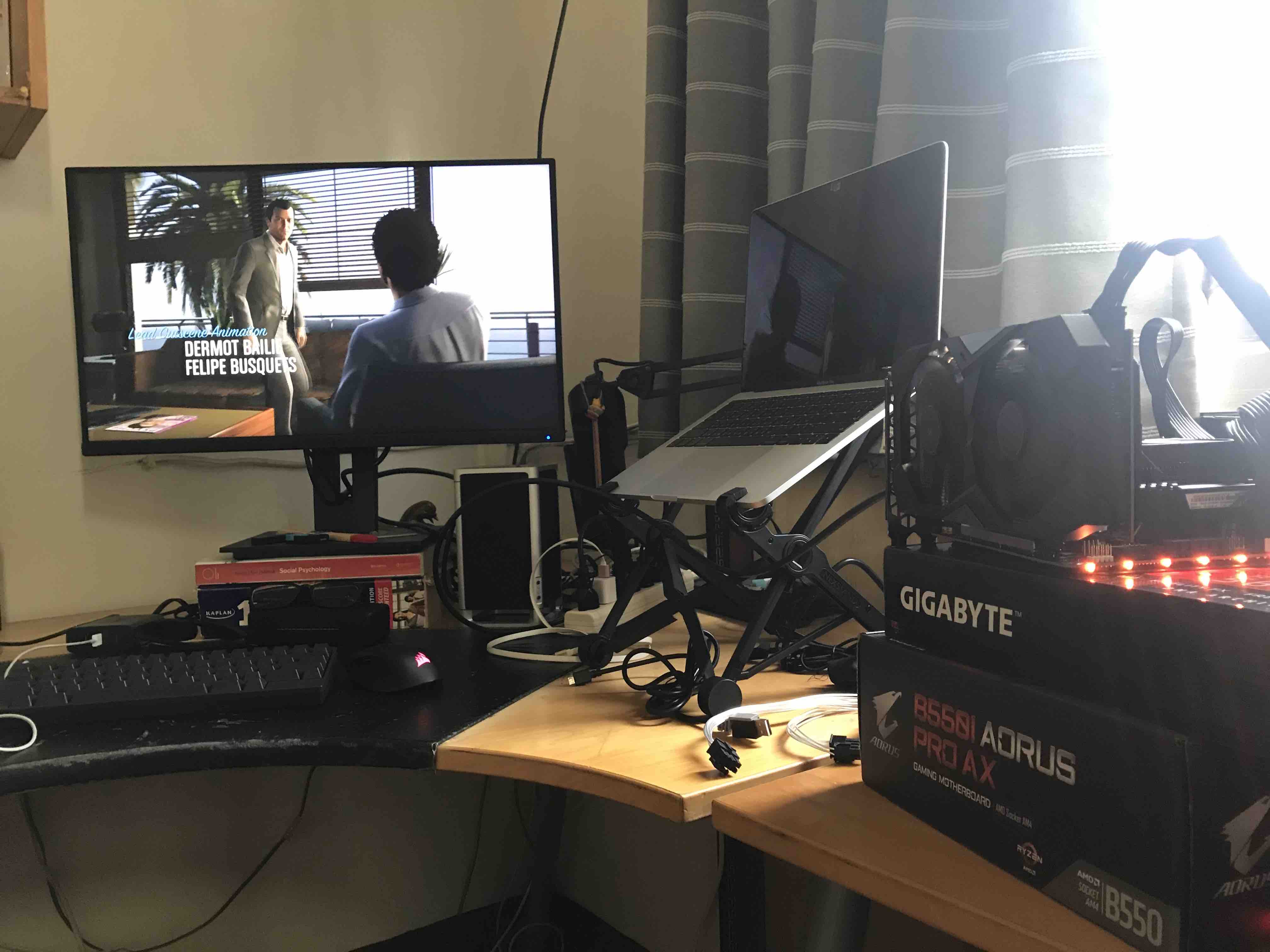 Before sending the cord back to China and asking for a new one, the seller relayed the message from the manufacturer that maybe I overlooked the BIOS setting. It turned out that the extension cord does not support PCIE 4.0 protocol. Setting the protocol to PCIe Gen3 solved the problem for me.

“I Broke my CPU Fan”

Lesson learned - never touch anything while the P.C. is still running.

The cables did not really fit when I wanted to put the side panel of the case back in. Just when I tried to stuck the cables closer to motherboard, I felt excruciating pain came from my left ring finger. Immediately, I pulled my hand out, and saw a blade of the CPU fan stuck in my finger…. 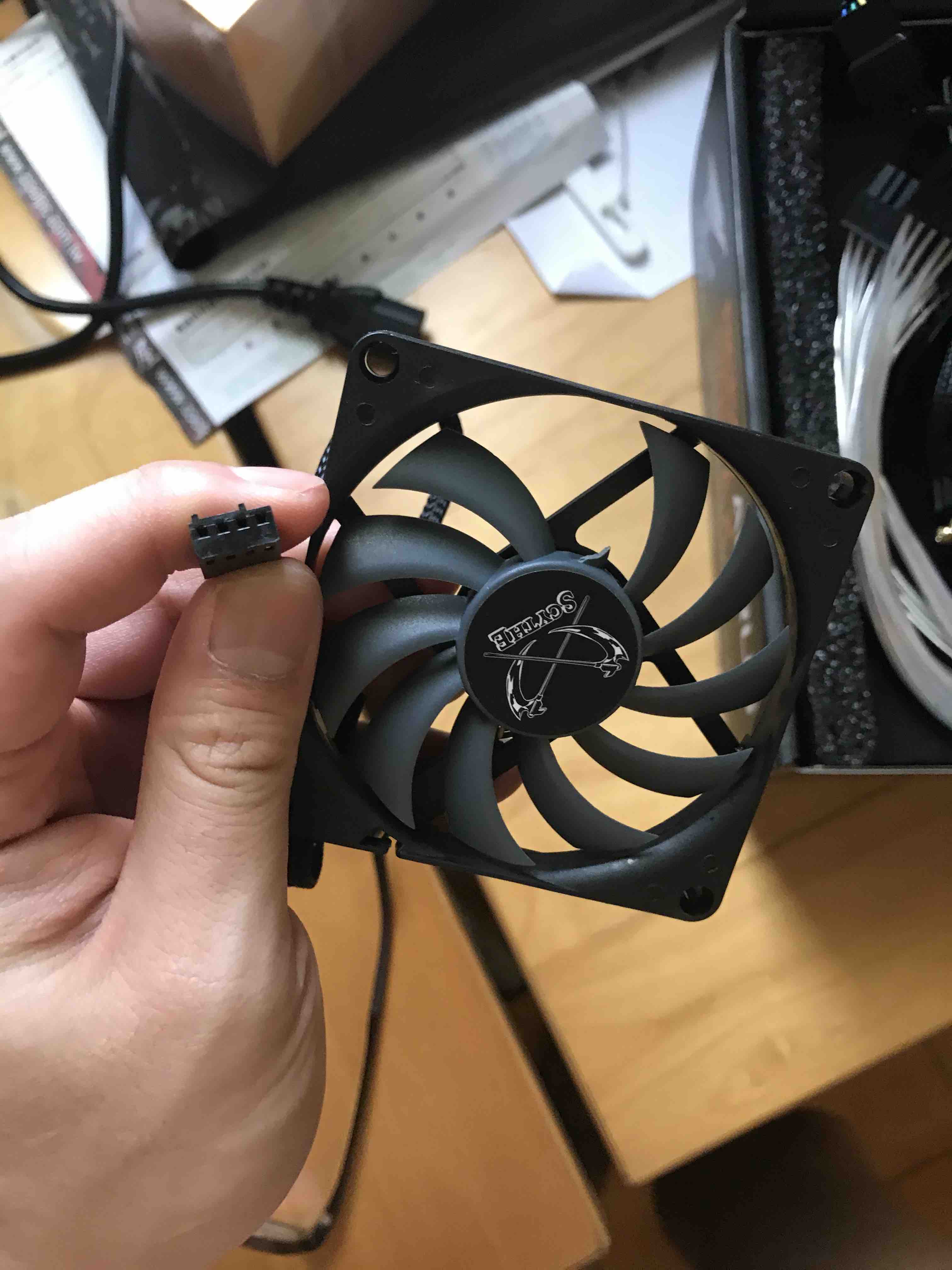 “My Computer Crashes All the Time”

Just as I could not get my head around on why my build gets random power-off crashes whenever I was running something heavy on Windows 10, Pastleo told me maybe I should install a system monitoring tool and check for the thermal.

Since I do not have hardware benchmark tool, all I could do is doing some cross-testing, a.k.a. playing video games, without the lid and side panels of the case on. And it was indeed the thermal issue that caused the computer to turn off itself.

For now, I run my build without panels and lid on when I figure it might probably gets too hot .

Building a computer without any prior knowledge is not always a smooth sail, and can be hard at times. Yet, one thing is for sure that nothing compares to the sense of achievement when you see your first-ever build boots up. ;) 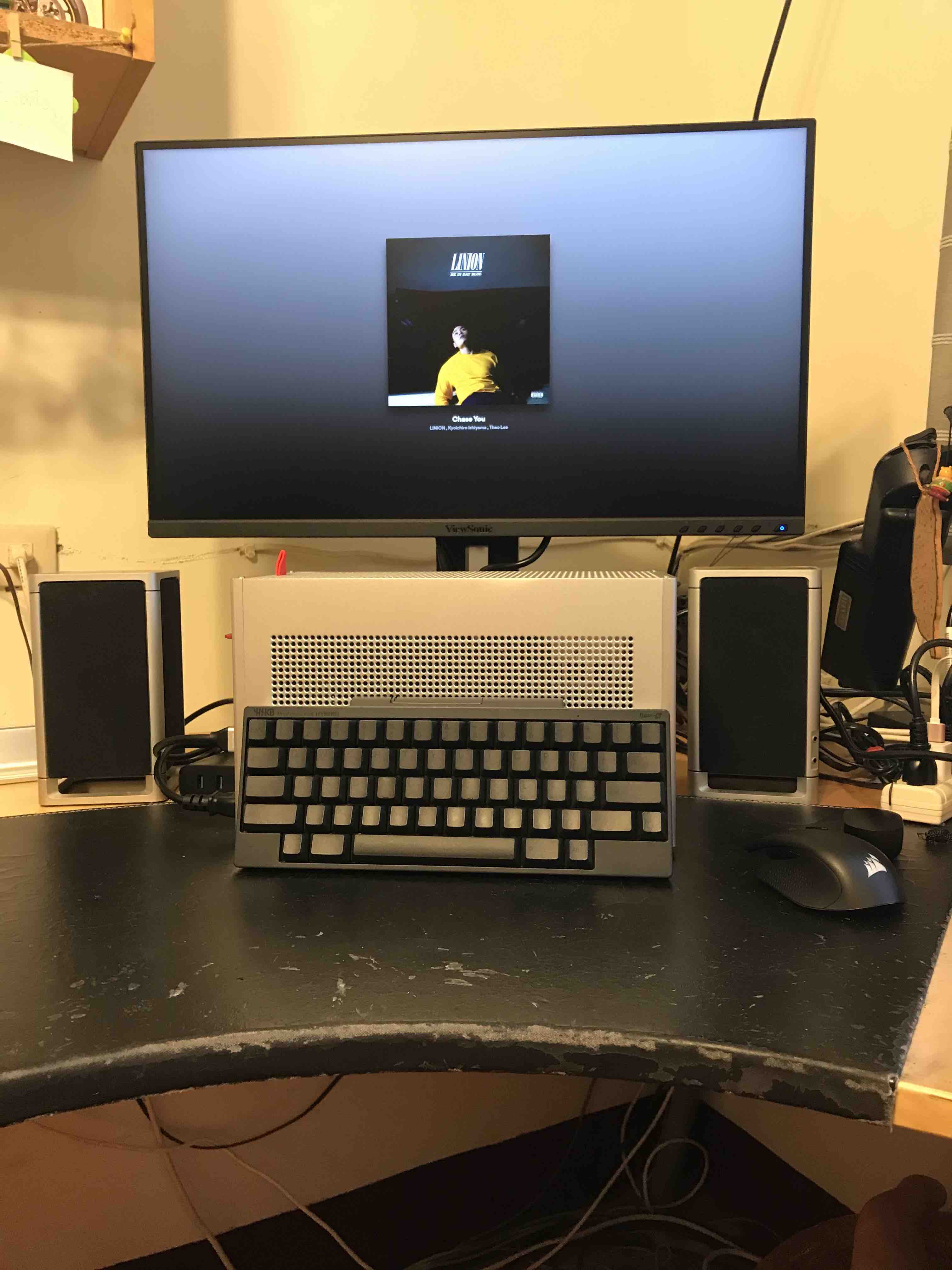